Which Desk Are You? Clean or Cluttered?

Which Desk Are You? Clean or Cluttered? 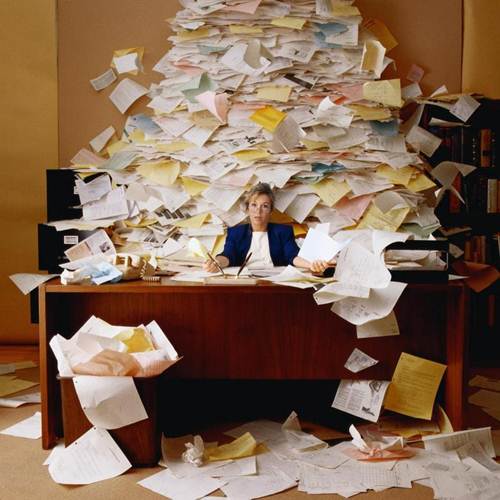 In a recent survey reported by the Toronto Star, 83% of Canadians agreed that a disorganized or messy workspace negatively affects productivity.  A linked study in Britain came up with similar findings.  These surveys echo a 2012 US survey in Forbes which reported that 57% of workers judge their co-workers by how clean or messy their desks are.  It’s interesting that these surveys didn’t report that workers with messy desks are necessarily less productive, just that they are seen to be less productive.  A lot of people with messy workspaces will say that they have their own “system”, know where everything they need can be found, and that their workspace supports the way they work.  In some cases this may be true, but in most cases it probably is not.  And in any case, they generally do not take into account the effect that a messy workspace has on the opinions of the people they work with (including their bosses), which suggests a potentially high hidden cost for those whose “creative nature” leads them to have desks which look like exploded file cabinets.

In many ways, the discipline of information management is a way of bringing order to the chaos of information generation and information overload.  Even in organizations with exemplary records and information management practices, the personal workspace is often the last bastion of chaos.  My own workspace, for example, I would have to describe as “cluttered”.  I almost always have multiple projects underway, and I like to have my work for all of these spread out where they are readily accessible and viewable.  But if I’m honest, I also have clutter from projects which have been over for weeks, stacks of articles and whitepapers waiting to be read, and a couple of boxes of documents under my desk because I haven’t found time to purge my file cabinet.  But there’s always another project, and there never seems to be time to separate the clutter from truly needed documents.  The longer I don’t clean out the detritus, the more insurmountable the problem gets, until I finally reach some kind of critical mass and take time to purge the office and start the whole cycle over again.

So when working with organizations who have difficulty in getting compliance from employees in following IM policies and procedures, despite shortages of office file space and overflowing desks, I can empathize to a high degree.  But in organizations where, according to the above surveys, one third to one half of workers admit to having messy workspaces, this is potentially a serious but largely overlooked issue from an IM perspective.  As an IM practitioner, it may be worthwhile to look at the disadvantages of poor workspace organization.  For example:

Many books and articles have been written on how to organize personal workspaces and keep them tidy, often in the form of “Tips on Being Tidy”, or “Benefits of Organizing Your Desk”, etc.  Just last week the Globe and Mail published an article with tips to help conquer paper chaos.  Sadly, people who are not motivated to keep their workspace tidy are not likely to be swayed by these types of articles (or maybe they just can’t find them).  So as IM managers, how can we help employees be – and remain – organized and productive?

Ultimately this is going to be a change management issue in many organizations, which means it is more than just a matter of not-so-subtle suggestions, strategically placed hints and the occasional motivational poster.  An IM manager who wants to tackle this issue needs to do so in a more systematic way, starting with an assessment of how people’s workspace truly affects the organization, as well as their personal stress, productivity and relationships with co-workers and supervisors.  The two recent surveys I mentioned earlier in Canada and Britain should be taken with a grain of salt, as they were both sponsored by Staples, and the findings happen to be quite good news for a company that sells filing supplies and organizational tools.  It isn’t to say that the findings are wrong, but before investing time and resources you should assess the impact of personal workspaces on your own organization.

If you decide to go ahead with the initiative, it should be treated as a formal change management initiative.  Even if it is not a high priority project and you aren’t devoting a lot of resources to it, a basic change management process should be followed which includes: defining objectives and outcomes; sponsorship/support from senior management; employee motivation to participate through effective communication/outreach; adequate resources and support for employees who implement the change; and continuing reinforcement of the environmental and cultural changes.  A formal process, even with relatively little effort and resource allocation, can go a long way towards eliminating that last bastion of chaos.  Just say no to clutter! 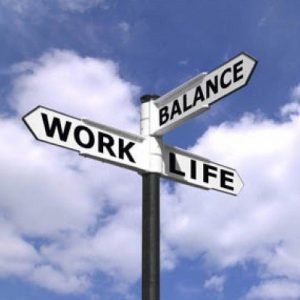 Two Solitudes: The Next Step in BYOD

Effective July 1, 2013 Sheila Taylor will begin a 1 year term on the Board of Directors of the Toronto Chapter of ARMA International.  As Director of Program, she will be responsible for the Chapter’s 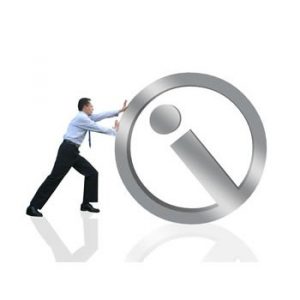 Cohasset Associates , ARMA International , and AIIM recently published the results of the 2013/2014 Information Governance Benchmarking Survey (download a copy here). The survey was underwritten in part by Iron Mountain . Participants The