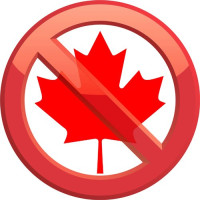 Due to the broad data/information collection, review, and retention provisions of the USA Patriot Act, RIM professionals have expressed concern about the risks to privacy rights and confidentiality when Canadian organizations store e-mails (and other cloud-based data) on servers in the United States. Recent developments suggest the Government of Canada (GoC) shares their concern when it comes to the government’s e-mails.

As reported by Michael Geist in the Toronto Star (article available for purchase here), the GoC’s Email Transformation Initiative will consolidate “more than 100 different email systems used by more than 300,000 employees into a single, outsourced email system”. When defining the system requirements, the government invoked a national security exception to require secure storage of the e-mails on servers in Canada.

A Request for Proposal (RFP) was issued to four pre-qualified vendors: Bell Canada, Dell Canada, HP Canada, and IBM Canada. In June 2013, the $350+M contract was awarded to Bell Canada, in partnership with CGI Information Systems And Management Consultants Inc.

Documents recently obtained by the B.C. Freedom of Information and Privacy Association  reveal that US companies who were shut out of this procurement urged US government officials to launch a trade complaint. As Mr. Geist reports, “While the companies explored several alternatives that might address Canadian concerns, including encrypting all data and retaining the encryption key in Canada (thereby making it difficult to access the actual data outside the country, the government insisted on Canadian-based storage” and “pointed to privacy concerns stemming from the USA Patriot Act” regarding that requirement.

This situation is interesting on a number of levels.

First, it reinforces the concerns RIM professionals have expressed for many years about the potential privacy risks that may arise from the provision in the USA Patriot Act to gather and disclose data/information to law enforcement without appropriate oversight or disclosure and to retain that data/information indefinitely.

Second, it illustrates the GoC’s commitment to protect its e-mails by ensuring their storage on Canadian servers despite the risk of upsetting its largest trade partner.

Third, and perhaps of most interest, it demonstrates that the GoC has secured a protection not available to the average consumer or to most organizations operating in Canada. As Mr. Geist reports, “. . . the majority of Canadian dot-ca domain name websites are hosted outside the country, with Canada ranking among the lowest countries in the developed world for domestic website hosting. Moreover, Canadian Internet providers such as Bell exchange their Internet traffic in the U.S., ensuring that even simple domestic emails frequently enter the U.S. network before returning to Canada.” 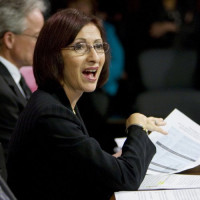 The Commissioner’s investigation was prompted by NDP complaints that key liberal political staff don’t have any records (particularly e-mails) about the closure of gas plants in Mississauga and Oakville before the 2011 election.  Those closures were widely seen as an attempt to save area Liberal candidates from election defeat.

The Commissioner found that David Livingston who ran the Premier’s office under Dalton McGuinty and Craig MacLennan who worked for two energy ministers in the McGuinty government deleted all of their e-mails pertaining to the plant closures.  And before stepping down earlier this year, Mr. Livingston reportedly asked the head of the province’s civil service “how to wipe clean the hard drives in the Premier’s office” and ensure the permanent deletion of electronic records.

The Archives and Recordkeeping Act, 2006 (ARA) – which the McGuinty government enacted – requires the offices of the premier and ministers to save documents and archive them.  However, the Commissioner found no procedures to make sure the then-ministers (and their staff) or the premier’s office staff did that.  While there’s no penalty for these offences (ARA doesn’t provide them), there’s speculation that the deletion of these records could set the stage for contempt of parliament proceedings against the individuals who were involved. 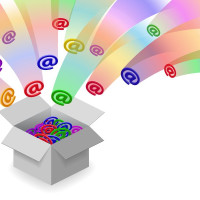 Tips for mastering your InBox

Some e-mail messages are critically important, others much less so.  All of us struggle – every day – to tame a never-ending flow of messages.  How can we better manage the flow?

Over the years, I’ve read several articles about how to master (tame) your InBox.  A recent article that really caught my attention is The 9 Simple Rules Of Email Mastery by Ian Bell.  He’s a Vancouver-based entrepreneur with 13 years’ experience in building and helping technology startups in the U.S. and Canada.

His article offers several thought-provoking tips for better managing your e-mail, including several tips for training your colleagues.  One tip is to train your colleagues to use SMS/ iMessage/BBM instead of e-mail for all urgent communications.  Another is to train them to not CC or BCC you on a mesage because all such messages will be filtered to sub-folders and ignored.

While you may take exception to some of his tips and cringe at his ignorance of IM best practice (he boasts that his archive folder contains every e-mail he’s read since 2000!), he should be commended for recommending you ‘separate church and state’ by never, ever sending e-mails to friends and family from your work account and training them to not send messages to that account either. 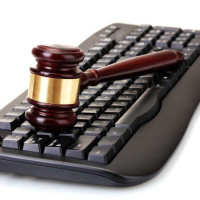 Most Canadian records and information management (RIM) professionals have heard about the Zubulake v. UBS Warburg litigation presided over by Judge Shira Scheindlin in the United States District Court for the Southern District of New York.  But what you may not know is how a simple e-mail that would typically be considered a transitory record (or perhaps a non-record) provided a key piece of evidence for establishing the timeline critical to Ms. Zubulake’s victory.

The litigation arose from gender discrimination and wrongful termination suits by Laura Zubulake against her former Wall Street employer, UBS Warburg.  Ms. Zubulake claimed to have been the victim of discrimination on the basis of her sex when she was passed over for promotion in favour of a male candidate.  She also claimed to have been harassed by that candidate.  Ms. Zubulake also alleged that she was fired after she complained about the discrimination.  Formerly an institutional equities salesperson at UBS Warburg who earned approximately $650,000 in her final year of employment at UBS, Ms. Zubulake sought access to e-mails that were stored and archived by the defendants.

The case resulted in a series of groundbreaking opinions on e-discovery issues such as preserving e-mail, cost-shifting and restoring back up tapes.  Those opinions are referred to as Zubulake I and III (cost-shifting), Zubulake IV (data preservation) and Zubulake V (role of counsel in litigation).  Summaries of the opinions are available here.

The latest result is Laura Zubulake’s book, Zubulake’s e-Discovery: The Untold Story of My Quest for Justice, in which she explores her e-discovery experiences.  Those experiences arose after she decided to search for electronic evidence that she was led to believe didn’t exist.

One key piece of evidence was a reply to an e-mail message inquiring whether the recipient had received a previous e-mail.  The reply stated: “Received.  Thanks, Mike.”

That simple message illustrated UBS was aware of Ms. Zubulake’s sexual discrimination complaint to the U.S. Equal Employment Opportunity Commission (EEOC) when the decision was made to terminate her.  You can read more about this critical message in Judge Scheindlin’s order here (see pages 16-20).

From the records and information management perspective, that simple message illustrates that any recorded information – no matter how trivial or inocuous it may appear – can have far-reaching consequences.

It also illustrates, as discussed by Cary J. Calderone, Esq. in a recent post in his Data Rules and E-discovery Law blog, that the preference of records and information management professionals to limit the designation of a record to as few pre-defined items as possible can prove unworkable because of the arbitrary distinction between ‘records’ and ‘non-records’.

In the same situation, how would your organization respond to the following thought-provoking questions Mr. Calderone asks in his blog post?

Definitely food for thought for all records and information management professionals. 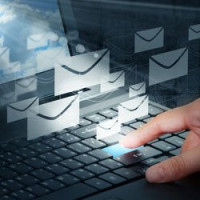 What will they think of next? Self destructing e-mail

For the past few years, technology gurus have been developing software to allow an e-mail message to vanish or become unreadable after a certain length of time or upon the sender’s request.  There are two types of self destructing e-mail software.

The first type is retractable e-mail such as the Gmail Labs (the testing ground for Gmail features) “undo send” command which can be programmed to allow you 5, 10, 20 or 30 seconds to retract a message.  This type of self-destructing e-mail allows you to to immediately retract messages sent in haste or to the wrong individuals provided you issue the retraction command within the time limit.  Retractable e-mail may not cause a lot of concern from the IM and e-discovery perspectives if it is used purely to correct errors.

The second type of self destructing e-mail, however, is likely to keep IM practitioners and lawyers awake at night because it can be used to circumvent official/corporate e-mail systems by providing an alternative means of communication which is difficult to track.  With this type self-destructing e-mail, the sender places a message on a secure website for a limited, pre-set time period and the recipient is notified by e-mail, text message or other means to visit the site to view the message.  Some of these applications provide the added security of allowing a message to be read only with a password.

A new entrant in this space is BurnNote whose advertising states, “Burn Note enables you to communicate online as privately as a spoken conversation”.   A Burn Note can be read only once by the recipient – once it has been read, it cannot be viewed again.  And, by default, each Burn Note has a timer after which time it will be automatically deleted.  The timer starts as soon as the recipient begins viewing the message.  But if the sender does not use a timer, the Burn Note will remain visible until the recipient manually deletes it or leaves the page.  Unread Burn Notes are automatically deleted after 72 hours.

Note: Products/vendors are mentioned for illustration purposes only.  Their mention in IMpress blog posts do not constitute an endorsement by either the author or by Ergo Information Management Consulting. 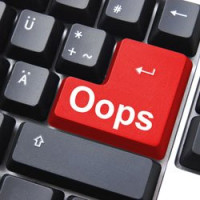 E-mail is a wonderful communication tool!  A great way to communicate with numerous individuals simultaneously!  So easy to use!  All it takes is the push of a button . . . in this case to mistakenly fire 1,300 employees.

Bloomberg reports that the HR Dept. of the investment unit of Aviva PLC (the UK’s second largest insurer by market value) mistakenly sent an e-mail firing all of the unit’s 1,300 employees before retracting the message.  Recipients were instructed to turn over company property as they left the building and reminded of their obligation to safeguard the company’s confidential information.

It turns out the HR Dept. meant to send the message to 1 employee, not 1,300 employees around the world.

Aside from the addressing error that resulted in the message being sent to all employees in the unit, situtations like this highlight the need for organizations to establish and communicate rules on the appropriate use of e-mail.  Is it really appropriate to fire an employee by e-mail?