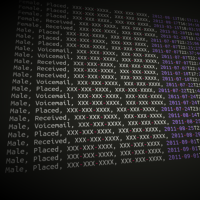 Metadata . . . Its Not Just for Records

Information management practitioners are familiar with metadata (or data about data) in the context of records.  It is one of many tools that can be used to identify and categorize information, thus making it easier and faster to find in the future.  Records metadata is a useful tool which doesn’t get a lot of attention.

But metadata of another sort has been getting worldwide attention ever since Edward Snowden blew the whistle about the US National Security Administration collecting cell phone metadata and requiring companies like Google, Microsoft, Yahoo, Apple and Facebook to turn over information about email and Internet activities through the PRISM program.  Snowden’s revelations illustrate how metadata can be used to provide a detailed digital profile of an individual.  For more information, visit The NSA Files portal from the UK’s Guardian newspaper.

While some may not find that prospect alarming, many such as Ann Cavoukian (Ontario’s Information and Privacy Commissioner) do.  In a recent op ed article in the Toronto Star (July 17, 2013), she spoke out against what she sees as the flawed defense of justifying the NSA’s extensive surveillance operations by saying the information collected is “only metadata” and its collection “is neither sensitive nor privacy invasive since it does not access any of the content contained in associated phone calls or emails.”

Cavoukian argues the “truth is that collecting metadata can actually be more revealing than accessing the content of our communications.”  You can read more about her thoughts on this topic in the recently released document, A Primer on Metadata: Separating Fact from Fiction available here. 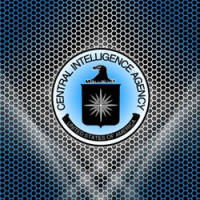 If you’re like me, you’re constantly reading articles that depict big data as the ‘next big thing’.  Those articles also usually portray big data as something new.  But is it really new?

“No” says Bernhard Warner in a recent BloombergBusinessweek post.  He claims a CIA Analyst named Orrin Clotworthy described “with eerie clarity the promise of data analytics and computer modeling to predict the future” in a just released internal CIA document (Some Far-Out Thoughts on Computers) originally published in the CIA journal, Studies in Intelligence.  When was Mr. Clotworthy’s report originally published?  1962.

The report is an interesting read, providing many examples where the ability to predict human behavior would be a benefit.  He even predicts the invention of artificial intelligence by the year 2000.

But after reading the following section of the report, I wonder if Mr. Clotworthy shouldn’t also be credited with predicting the domain of knowledge management and, specifically, using technology to leverage tacit knowledge by identifying individuals with specific skills or characteristics.  Food for thought:

“Should we decide to do so, we could, over a span of a few years, index personnel knowledge and skills to a degree never before dreamed of, using more advanced forms of electronic data processing.  In a television drama a few months back, a private organization was supposed to have compiled just such data on millions of U.S. citizens.  The story concerned the search by a federal agency for a man who (1) was a barber, (2) knew a lot about stamp-collecting, and (3) could pick locks.  The company found the man, the agency put his talents to use, and by the end of the program Yankee ingenuity had triumphed over a slick international narcotics ring.  The real hero of the story was the computer – they must have used one – that pinpointed the right man for the job.  It may be less than reckless to suggest that a comparable capability to match backgrounds to job requirements might be helpful in intelligence operations.” (page 12)