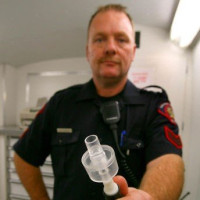 The Canadian General Standards Board (CGSB) standards for documentary evidence (Electronic Records as Documentary Evidence (CAN/CGSB 72.34-2005) and Microfilm and Electronic Images as Documentary Evidence (CAN/CGSB 72.11-93) were recently used to establish the admissibility of records in a case before the Provincial Court of Alberta.  The judge’s ruling (R. v. Oler, 2014 ABPC 130) concerns a drunk driving case in which the admissibility of the Calgary Police Service’s electronic breathalyzer records were challenged.

This is an important ruling for the Canadian records and information management (RIM) community because it validates these standards as important benchmarks for RIM managers to consider and follow in all Canadian organizations.  It’s also significant because it was the first time in Canada that a RIM practitioner was an expert witness on records admissibility.  See my interview with Uta Fox, CRM of the Calgary Police Service (CPS) for her take on the experience.

The Records in Question

a) Electronic records (images) consisting of set up worksheets for the Intoxilyzer 5000C (a breathalyzer for estimating blood alcohol content from a breath sample), the simulator worksheets, and the instrument’s annual maintenance sheets as created from paper/hard copy records which were destroyed after scanning.  These records are referred to in the ruling as Tabs 2, 3, and 4 of Exhibit 1.

b) A ‘maintenance log’ in Microsoft Word (MS Word) format which is referred to in the ruling as Tab 1 of Exhibit 1.

The judge ruled as follows:

1. The witnesses’ testimony was accepted.  Both witnesses were deemed “credible, reliable” witnesses.  The witnesses were two CPS employees: Uta Fox, CRM (Manager, Records and Information) and Sgt. Richard Butler (a member of the team of police officers who maintain CPS’s electronic records system).

4. “The Crown has provided full and fair disclosure to the Defence in Exhibit 1” and “The evidence in the voir dire [a legal term denoting the part of the trial connected with the admissibility of evidence] may be introduced into the trial proper.”

The Significance of this Ruling

According to Stuart Rennie, a lawyer and RIM consultant in British Columbia, this ruling is significant for several reasons.

First, Mr. Rennie says it is “the first Canadian court to consider the admissibility of electronic records with reference to specific standards [i.e. the two CGSB standards for the admissibility of documentary evidence].”  Specifically, the court assessed “complex” records and information management (RIM) software, deemed it acceptable to destroy paper/hard copy source documents after imaging, and accepted electronic records as evidence.  The judge reproduces in her ruling several sections of the CAN/CGSB-72.34-2005 standard which she says were “directly relevant to the considerations of the Court.”

Second, this ruling was made in a criminal case in which there is a higher standard of proof than in a civil case.

Third, Mr. Rennie believes this is the first time a Certified Records Manager (CRM) was called as an expert witness in a Canadian court and that the court has demonstrated a strong assessment towards the CRM.

Fourth, this ruling sets precedent: an Alberta court has ruled that the CGSB documentary evidence standards are acceptable in a criminal matter.  While not binding on Alberta courts other than the Provincial Court of Alberta or on courts elsewhere in Canada, Mr. Rennie hopes the ruling will be cited in similar cases in the future.  He also hopes that case law will be enacted to define the ‘standards’ under the Canada Evidence Act by which an electronic document may be determined admissible, thus helping the provincial evidence acts to define their ‘standards’ for electronic records admissibility.

Fifth, this ruling validates CPS’s policy, procedures, and technology for creating, storing, and managing Intoxilyzer 5000C records in electronic format.  As Mr. Rennie said, “There was a lot riding on this decision for the CPS.  If the records weren’t deemed admissible, then CPS’s past cases of this type would be called into question.”

The requested records were provided in electronic format because it is CPS policy to destroy original handwritten documents associated with the Intoxilyzer 5000C during the process of converting them to electronic format (imaged copies) for storage in the force’s electronic records system (OpenText Content Server, formerly Livelink).

The judge ruled that “The question of admissibility of an electronic record in general must be dealt with before the Court can address the issue of the Charter arguments raised by the defence”.  The judge then directed CPS “to retain counsel and to make submissions to the Court on the question of admissibility of electronic evidence . . . which are now maintained [by CPS] in an electronic database”.

Uta Fox, CRM (Manager, Records and Information at CPS) was accepted as an expert witness deemed to have “specialized knowledge necessary to render opinion evidence to the Court in connection with processes and procedures for the maintaining of the integrity of electronic records.”  She testified that “The principles and procedures outlined by the Canadian General Standards protocol is intended to enhance the potential for admissibility of electronic documents and reliance upon these documents as authentic for the purpose of business and Court proceedings” and that the CGSB’s standards provide that “records and documents including electronic images by or stored in a computer can stand in place of original paper source records or copies of paper source records.”

Ms. Fox also testified to CPS’s creation and management of electronic records according to the CGSB standards.  Specifically, she testified regarding CPS’s ‘scanning to PDF process’ including comparison between the original document and the PDF image, page counting, perfect match protocols, and quality checks, and the service’s program for destroying paper records after they have been scanned.  She was also questioned – reportedly at length – about the possibility of unauthorized access and changes to electronic imaged documents.

Sgt. Richard Butler, who is responsible for maintaining the records up to the point of ensuring secure storage in OpenText Content Server, was called to testify regarding the creation and maintenance of the Intoxilyzer 5000C records in question.  He described the process whereby handwritten maintenance logs are transcribed to MS Word and PDF documents, and then shredded once transcription is complete.  He also explained that the maintenance log is “essentially a partial summary of original records”.

The Defence had no issue with CPS’s electronic records system or with Ms. Fox’s testimony regarding the propriety of CPS’s imaging policy.

As an Intervener in the case, CPS filed a detailed brief with the Court on ‘electronically stored information’ (ESI) and the conditions precedent for admissibility in legal proceedings. The judge’s ruling includes extracts from that brief, including the factors to establish the integrity of a records management system and a detailed description of how CPS’s electronic records system meets those integrity requirements.  The Court accepted the Intervener’s submission in its entirety. 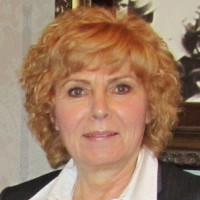 Testifying in court as a RIM expert witness: An interview with Uta Fox, CRM

If you’re like me, you’ve likely read articles by or heard conference presentations from Records Managers in the US who have testified in court regarding their organizations’ RIM practices.  To the best of my knowledge, Uta Fox, CRM – the Manager, Records and Information @ the Calgary Police Service – is the first Records Manager to testify as an expert RIM witness in a Canadian court.

I recently interviewed Ms. Fox about her experience as an expert witness.  The following post is based on our conversation.

1. How did you become involved in this case?

Sgt. Butler is one of the Calgary Police Service (CPS) officers who maintains the Intoxilyzer 5000C records prior to their secure storage in OpenText Content Server (formerly Livelink).  The Intoxilyzer is a breathalyzer for estimating blood alcohol content from a breath sample.

The Court instructed Sgt. Butler to return to court with the ‘original’ records for the Intoxilyzer 5000C and be prepared to talk to the court about how CPS follows the Sedona Canada e-discovery guidelines.  Sgt. Butler knew he couldn’t provide the ‘original’ records because the paper/hard copy records in question were destroyed after imaging as per CPS policy and he couldn’t speak to the Sedona Canada guidelines.  So he came to see me and after some discussions with counsel, it was decided that I would accompany him when he next went to court regarding this case.

[Note: CPS’s external counsel later determined that the Sedona Canada e-discovery principles have no impact on criminal cases so CPS did not testify about them.]

2. This ruling concerns the admissibility of selected electronic records as evidence.  Which CPS records were involved in this case?

3. How did you prepare to testify in court?

I met with CPS staff to review the processes for creating and storing these records, and for destroying the paper/hard copy records after imaging.  I also met with legal counsel – both our in-house lawyers and external counsel – to review the types of questions I might be asked in court.

4.  The ruling states that you have “specialized knowledge necessary to render opinion evidence to the Court in connection with processes and procedures for the maintaining of the integrity of electronic records.”  What types of questions were you asked in court before being accepted as an expert witness?

I testified for about 2.5 hours in total, split over two court sittings.  When testifying I was questioned by CPS counsel, defence counsel, and the judge.

6. Was this the first time you or any other CPS RIM employee was called upon to testify in court as an expert witness?

For me, this was the first time.  I believe this was also the first time a RIM employee testified as an expert witness since CPS established its Records Management Section in 1998.

7. If you could use only one word, which word best describes your experience as an expert witness in court?

“Exhilarating!  It was a lot of work, but it was exhilarating to be able to show that this is a credible discipline and our work is recognized legally.”

8. What tips do you have for other Records Managers who may be called upon to testify in court as an expert witness?