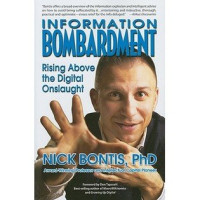 For the January/February 2013 issue of ARMA International’s Information Management (IM) magazine, I reviewed Dr. Nick Bontis’ book “Information Bombardment: Rising Above the Digital Onslaught”  This book is written for a mass audience, and I address it from an information management perspective.

Amazon describes the book as:

Proven, real-world solutions for proactively managing the onslaught of information we face each day both in and out of the office.

Dr. Nick Bontis weaves humor and personal stories with industry best practices and uses a simple framework of multilevel analysis to show you how to transform this real threat to productivity into an inimitable and sustainable competitive advantage for you and your organization. By teaching you how to work smarter, not harder, Dr. Bontis essentially gives you back your time. It is nothing short of amazing.

So is “Information Bombardment” amazing?  You can read my review here. 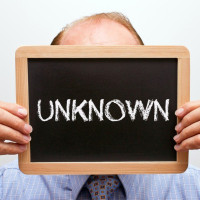 ‘Unknown’: A New Category of Records

In his presentation, “Defining and Implementing a Practical, Real-Life Information Governance Plan (IGP) for your Organization“, Bruce Miller (President, RIMtech) covered numerous topics such as policies, roles and responsibilities, change management, and performance measurement for electronic document and records management systems (EDRMS) in terms of qualification rate, declaration rate, and classification accuracy rate.  He also presented an IGP as a crucial component of an EDRMS implementation.

A new category of recorded information

IM professionals are accustomed to categorizing recorded information as either a) non-records or b) records (be they official or transitory).

Bruce challenged that mindset by proposing that a recorded information object may – at any given time – be in one of three states: record, non-record, or unknown.  Here’s how he defined those states in his presentation.

Record: Known to meet the criteria of a record.  This does not, however, imply that the item is being managed as a record.  Critical to this state is that it is ‘known’ by the RIM Manager so apppropriate management can be applied.

Unknown: It is not known (for whatever reason) by the RIM Manager if this item is a record or a non-record.  It may be either.  Critical to this state is that it is ‘unknown’ by the RIM Manager.  Items in this category may be unknown (i.e. not tracked, and not managed or declared) or they may be unmanaged records (i.e. records that are not tracked, and are not managed if a physical record or declared if an electronic record).

After introducing the concept of ‘unknown’ records, Bruce discussed ‘deletion’ and ‘disposition’ (two functions in any EDRMS) and presented his assertion that ‘disposition’ should be reserved only for records.  Non-records and unknowns should be deleted as soon as they are no longer required.  The key to deleting unknowns is being able to identify the end of their business need.

According to Bruce, ‘deletion’ is a machine-initiated and machine-driven process for which neither an authoritative source (e.g. a records retention schedule) or human oversight is required.  That’s why it should be possible in his opinion to give a Chief Information Officer (CIO) the mandate to delete non-records and unknown (unmanaged) records at a pre-determined date (e.g. when those objects are 2 years old).

Conversely, ‘disposition’ is process-driven, initiated by humans, and dependent on an authoritative source (i.e. what is approved and by whom).  Human oversight of disposition is assumed.  According to Bruce, there are 3 stages in the disposition process:

Bruce also asserted that the goal of any EDRMS implementation should be to reduced the unknowns (or unmanaged) to zero.  And that can be achieved by deleting the unknowns as well as non-records, leaving a much smaller (and managed) collection of records to be disposed of.

Is Deleting the Unknowns a Good Strategy?

There’s no question that deleting the unknowns would provide many business benefits.  Untold amounts of staff time would be saved by not having to determine which of these items were records and then ensuring their appropriate management.  Their deletion would free up lots of space (thus reducing storage and back up costs) and improve retrieval efficiency by reducing the volume to be searched.  Some would also argue that deleting the unknowns would enhance risk management by reducing the volume of records to be searched during discovery or in response to freedom of information/access to information requests.  Bruce believes their deletion would increase the success of any EDRMS implementation because so many EDRMS implementations have failed – typically, very few records are declared and few non-records are managed with the bulk of an organization’s recorded information falling into the unknown category which is neither declared nor managed.

However, this practice would also expose the organization to risk since some information in the unknown category is, in fact, a record of the organization.  That means the organization won’t be managing all of its records according to industry standards (e.g. ISO 15489-1) and best practices (e.g. ARMA International’s Generally Accepted Recordkeeping Principles).  Also, the courts and regulators may look unfavourably on this practice.

Consequently, I recommend an organization complete a comprehensive cost-risk analysis and consult with legal advisors before implementing the deletion of unknowns. 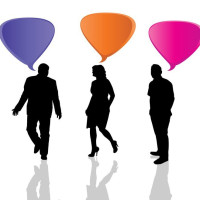 While presenting in Ottawa last week at the Infonex seminar, Managing E-records in Canada’s Public Sector, I attended a presentation by Lewis Eisen.  A former practising lawyer and a former IT systems manager, Lewis is currently the Manager of Records Management Services at Industry Canada.

Entitled “Improving Collaboration Among IM, IT, and Legal Professionals“, Lewis explored  the challenges that arise when these three independent groups of professionals try to work together.  In particular, he explored why conversations among IM, IT and Legal professionals are so often difficult and why misunderstandings across those groups are so common.

However, Lewis attributed most of the difficulties and challenges to the groups’ significantly different problem-solving approaches which he encapsulated in three thought-provoking graphics.  Many thanks to Lewis for providing copies of those graphics for this blog posting.

So what are the different problem-solving approaches?

IT – According to Lewis, an IT professional approaches a problem from a binary perspective – something is either ‘on’ or ‘off’ as represented by the black and white graphic below.  This approach results in ‘yes’ and ‘no’ responses.  E.g. If you ask an IT professional, “Can we do this?”, Lewis contends you’ll get a ‘yes’ or ‘no’ answer depending on the circumstances.   That is, ‘yes’ if you have enough time and money, and permission to do it and ‘no’ if you don’t.  Consequently, Lewis suggests instead asking open-ended questions such as “What would it take to do this?”

Legal – According to Lewis, a lawyer’s many shades of gray problem-solving approach (see graphic below) is the reason why IM professionals (and others, I’m sure) find it so challenging to get a definitive answer from a lawyer.  He uses the analogy of a frozen skating rink to illustrate this approach: A lawyer sees the world as a frozen skating rink in which some areas of ice are thick and others are thin, but because the lawyer doesn’t know exactly where the thin ice is located, s/he will provide a qualified ‘it depends’ opinion after weighing the risks, possibilities and outcomes.  And even if you could isolate all of the factors at play, a lawyer would most likely still give a qualified ‘it depends’ response.

IM – Meanwhile, accoridng to Lewis, an IM professional’s problem-solving approach is represented in three stark colours: black, white and gray as shown below.  Black represents the current (or present) state of uncontrolled and unmanaged records and white represents the target or goal (i.e. 100% IM success or compliance).  However, despite how desperately an IM professional wants to move an organization (and its staff) from black to white, s/he knows that either isn’t possible or is unlikely to be very successful.  So, instead, an IM professional resigns him/herself to attaining a compromise, as represented by the gray area.

While some may take exception to these gross stereotypes, it cannot be denied that IM, IT, and Legal professionals need to learn how to work together in many organizations and that having a better understanding of each other’s problem-solving approaches will help improve communication and reduce misunderstandings across these domains. 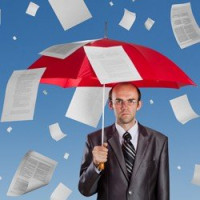 A new year brings new resolutions such as losing weight, getting a new job, or – in my household – cleaning out the garage so you can (finally!) park a car in it.

The Paperless Coalition recently announced its new year’s resolution to enourage individuals to ‘go paperless’ in 2013.  According to the Coalition’s Paperless 2013 website, “Paperless 2013 is a campaign to remove the need for ‘paper’ from paperwork.”

Why should you go paperless?  The Coalition argues that going paperless will help the environment by reducing the volume of paper, both consumed and recycled.  To support that premise, the Coalition’s website offers up the following factoids:

When you take the electronic Paperless 2013 pledge, you’ll be signed up to receive a monthly newsletter which promises to provide tips and tools for going paperless.  You’ll also receive a welcome message with the following offers from Paperless 2013 Coalition members to get you started: